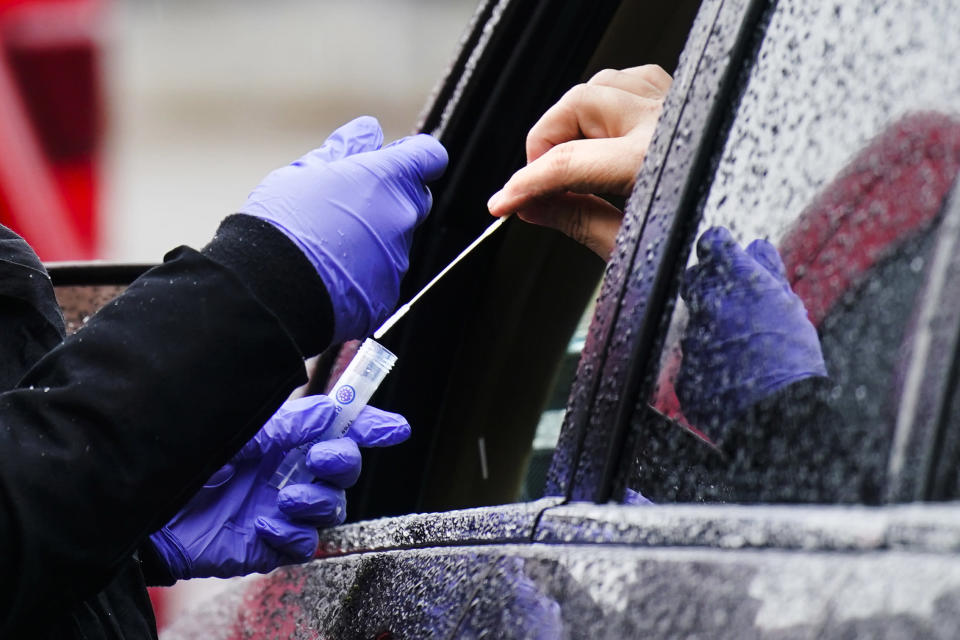 At first glance, U.S. Covid cases appear to have plateaued over the past two weeks, with a consistent average of around 30,000 cases per day, according to NBC News’ tally.

“I do think we are in the middle of a surge, the magnitude of which I can’t tell you,” Zeke Emanuel, vice provost of global initiatives at the University of Pennsylvania, said.

The BA.2 omicron subvariant, which now accounts for about 72 percent of U.S. cases and is more contagious than the original omicron variant, is fueling that spread, Emanuel added.

“It’s much more transmissible. It’s around. We just don’t have a lot of case counts,” he said.

Emanuel and other experts cite a lack of testing as the primary reason cases go underreported. At the height of the omicron wave in January, the U.S. was administering more than 2 million tests per day. That had dropped to an average of about 530,000 as of Monday, the most recent data from the Centers for Disease Control and Prevention.

“The milder symptoms become, the less likely people are to test or show up in official case counts,” said David Dowdy, an epidemiologist at the Johns Hopkins Bloomberg School of Public Health.

More people also now have access to at-home rapid tests that are free or covered by insurance, and most of those test results don’t get reported to state health departments or the CDC.

“Case counts and testing are progressively becoming shaky indicators because we’re not catching everyone in the system,” said Dr. Jonathan Quick, an adjunct professor at the Duke Global Health Institute.

Some local data, however, does reveal recent spikes. Average Covid cases have risen nearly 80 percent in Nebraska, 75 percent in Arizona, 58 percent in New York and 55 percent in Massachusetts over the past two weeks. Wastewater surveillance similarly suggests that infections are rising in Colorado, Ohio and Washington, among other states.

But some experts believe it’s no longer crucial to track every case now that infections are mostly mild for vaccinated people. Moving forward, Dowdy said, it makes more sense for both health officials and careful citizens to pay attention to hospitalizations. The CDC’s revised masking guidance already relies on county-level hospitalization rates and capacity.

“We certainly don’t try to track the number of cases of the flu or the common cold,” he said. “So if we’re seeing an increase in cases, but not an increase in severe cases, I think it’s a very valid question of does that matter?”

Quick said that when traveling, he monitors local vaccination rates and hospitalization numbers to assess his own risk. Hospitalizations, though, lag behind infections.

“Once we see hospitalizations going up, that’s already the back half of the train,” said Keri Althoff, an epidemiologist at the Johns Hopkins Bloomberg School of Public Health. “At that point, it takes time to slow things down.”

The people most at risk because of the U.S.’ artificially low case counts are the immunocompromised and children under 5, who are not yet eligible for vaccines. Experts said those groups — or their caregivers — should still have a way to accurately gauge transmission in their communities.

“We’re going to continue to see outbreaks,” Althoff said. “So we’re constantly going to have to assess our individual risks and do more to protect people in our communities who are vulnerable.”

Are you ready to
obtain your Free COVID-18 Tests?